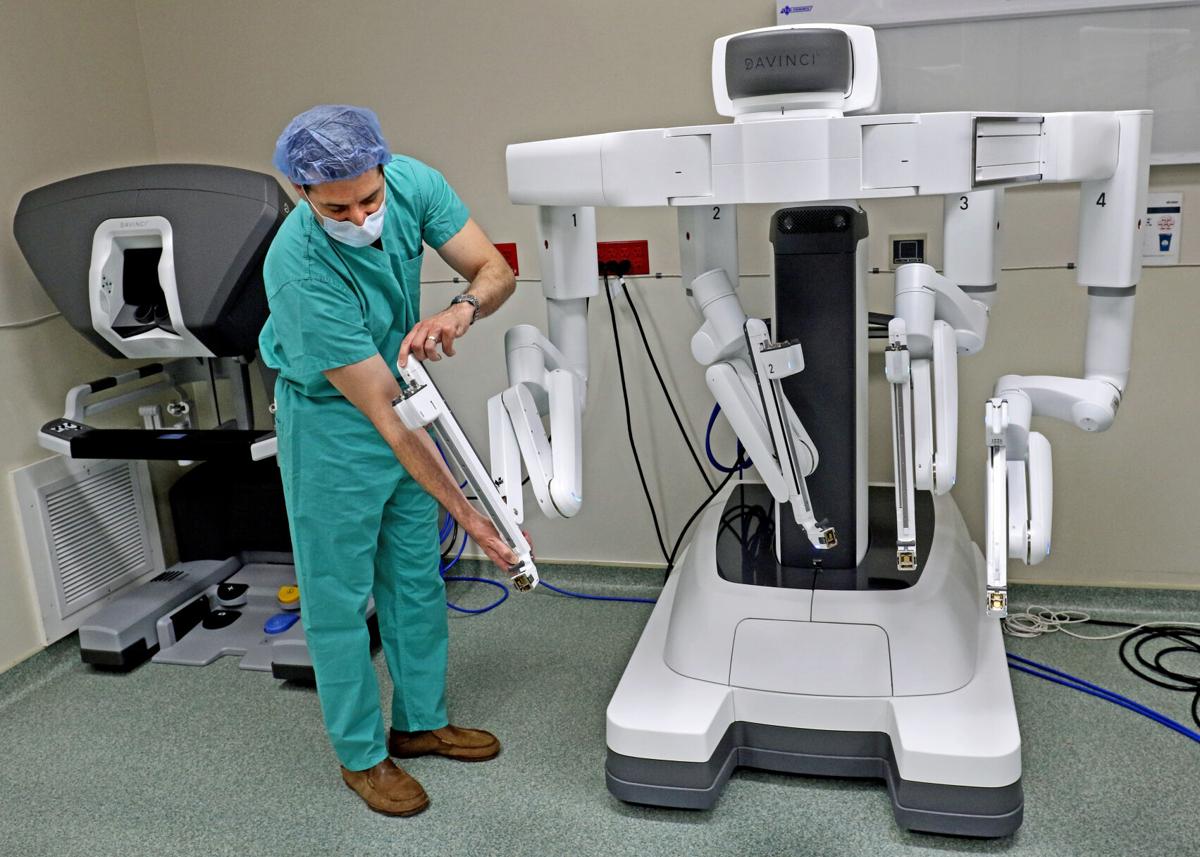 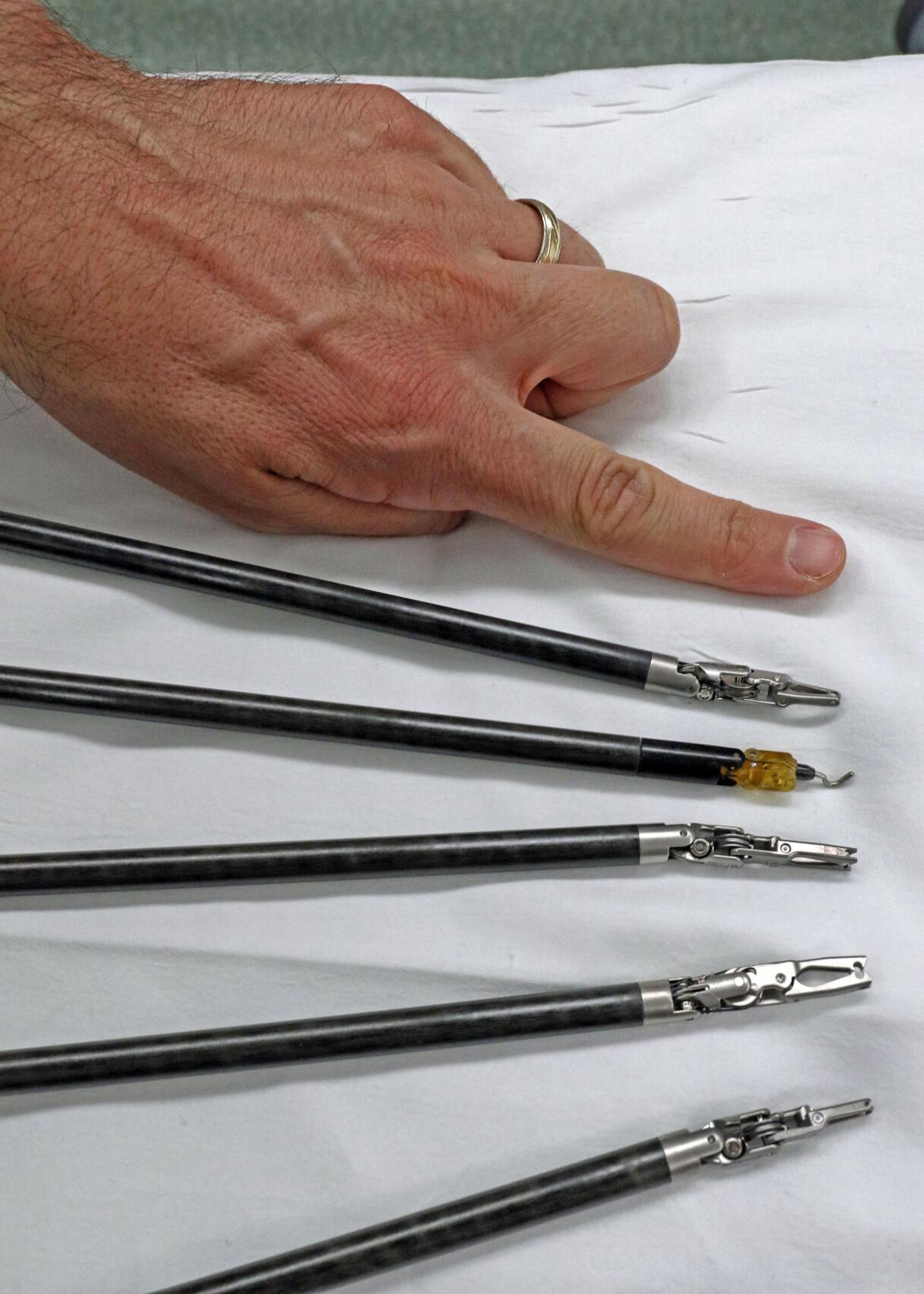 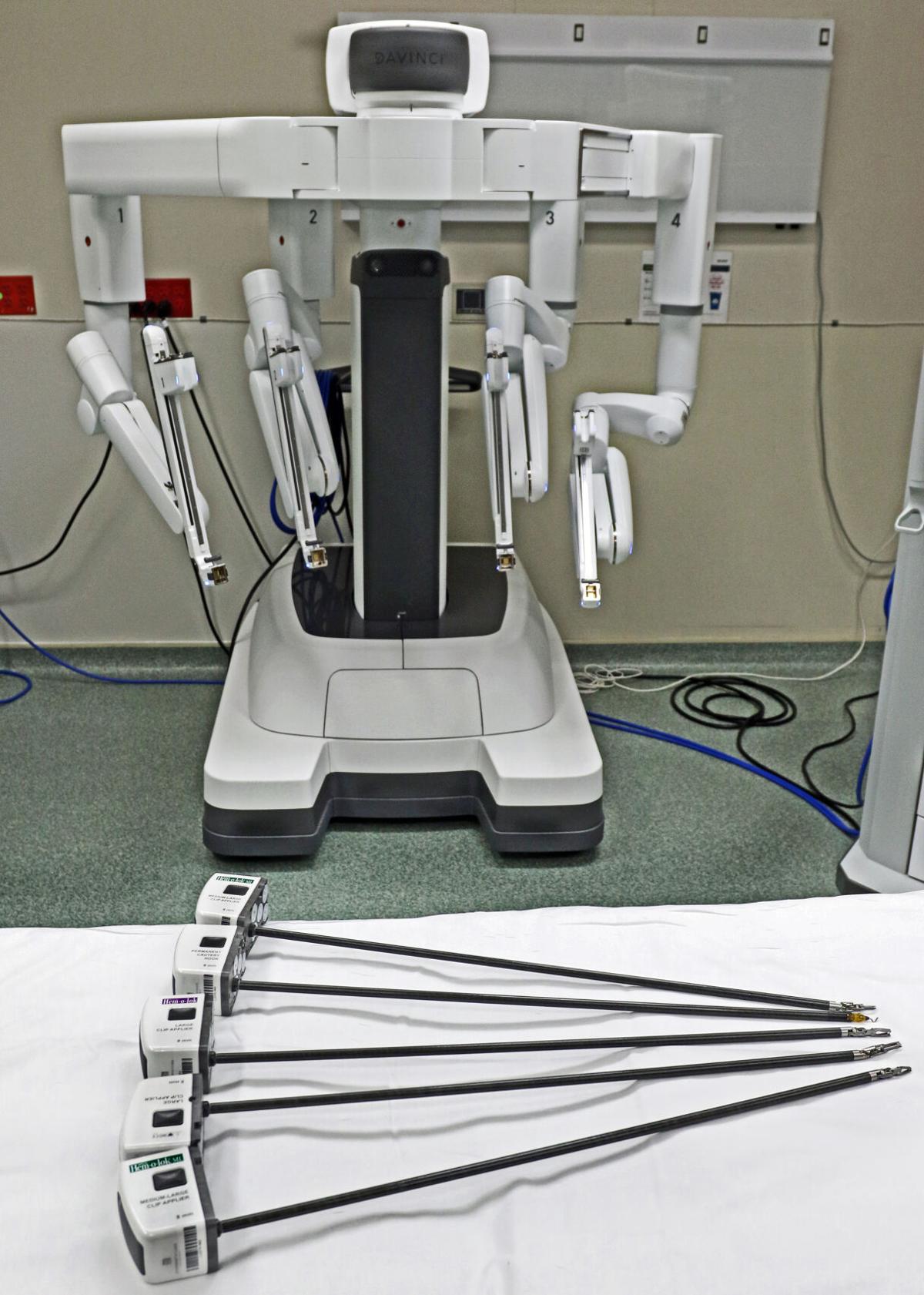 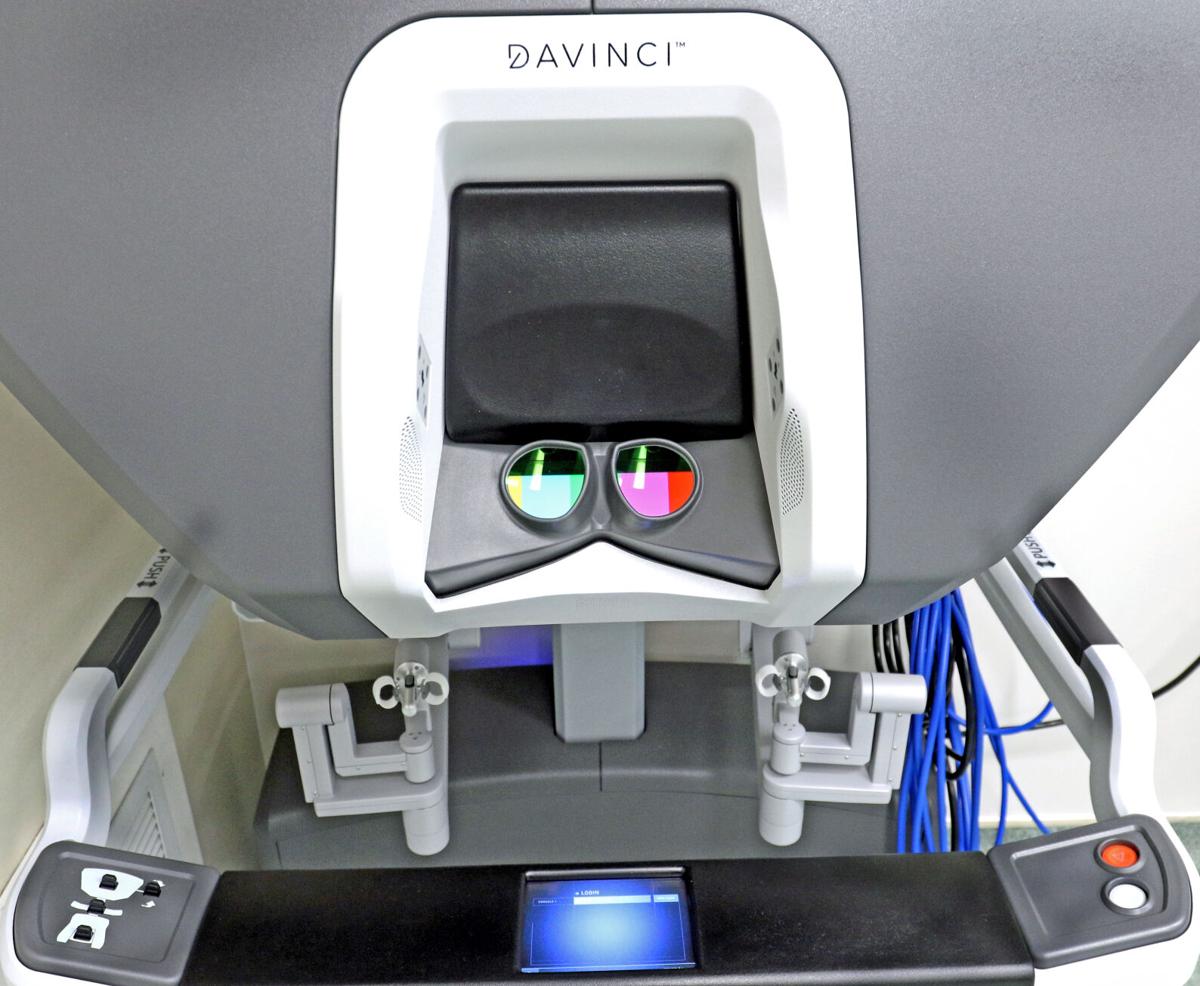 WESTERLY — A newly acquired robotic machine will expand surgical capabilities at Westerly Hospital, provide a new option for a minimally invasive alternative to traditional open surgery, and serve as another avenue for patients to receive high-level care in their community, doctors say.

The da Vinci Xi Surgical System, which arrived last month, has long been a preferred approach for surgeons who provide urological care treating cancers, prostate enlargement, male infertility and kidney stone management. The machine will be used for those applications in Westerly as well as for hysterectomies and many general surgical procedures, such as thyroid cancer removal, colorectal procedures, and hernia repair.

Dr. Joseph Renzulli, director of urology for the eastern region at Yale Urology and chief of urology at Westerly Hospital and L+M Hospital in New London, said urologists were early adopters of the machine when it first appeared in 2006 because it allows for vastly improved visibility through magnification in the confined pelvic area. The machine also allows for three-dimensional views as opposed to the two-dimensional views that surgeons are limited to when they use laparoscopic surgery, a different minimally invasive approach.

"You're seeing vessels that you really can't see with your naked eye because of the magnification," Renzulli said.

Renzulli heads a team of eight board-certified urologists, including one other da Vinci system trained surgeon, at Westerly Hospital and L+M Hospital. He said the da Vinci device's "wristed technology" allows surgeons to manipulate the machine's instruments in the same way they would use instruments in open surgery, unlike the more limited movement in laparoscopic surgery.

"It allows you to essentially turn your wrist, which allows you to do things like suture and tie that you couldn't do easily with a laparoscopic approach," Renzulli said.

The machine is operated by a surgeon who views images of the surgical site on a screen embedded in a console that also allows the surgeon to manipulate robotic arms that hold the surgical instruments. A safety system built into the console senses if a surgeon turns away and locks the surgical arms.

Other benefits of the robotic surgery machine are reduced blood loss, which translates to less transfusion, reduced infection rates, and quicker recovery times because of the small incisions. The average hospital stay following a prostatectomy, a surgical procedure for the partial or complete removal of the prostate, performed with the da Vinci machine is one day, according to Renzulli.

"That's a huge advantage to patients — to be discharged to home more quickly and their recovery or convalescence is quicker so their return to work is quicker and return to normal daily activities is quicker. That's because we are not making large incisions," Renzulli said.

Use of the da Vinci system to remove cancerous kidney tumors allows for keeping most of the kidney intact, which tends to preserve kidney function and reduce the chances of kidney failure, Renzulli said.

Westerly Hospital, Renzulli said, employs a multi-disciplinary care approach to cancer treatment through its Smilow Cancer Hospital Care Center. Starting in July, patients suffering from bladder, kidney or prostate cancer who are just starting care will meet with a multi-disciplinary group of doctors.

"Instead of three appointments for three doctors, the urologist, the oncologist and the radiologist, we bring all of the doctors to you in one visit. ... We give you a consensus opinion on how you should move forward," Renzulli said.

Renzulli performed the first robotic prostatectomy in Rhode Island in 2006 at Miriam Hospital. Since, he has performed thousands more and also trained residents and fellows at both The Warren Alpert Medical School of Brown University and at Yale, which owns Westerly Hospital.

"Although we are introducing robotics at this site, the surgeons are not new to this technology. We have done thousands of robotic surgeries. I think that's key because a lot of people don't want to go to someone who is just starting to do robotics," Renzulli said during a recent interview at Westerly Hospital.

Renzulli, who was raised in Warwick, said he recalls often hearing people say they had to travel out of state for second opinions and high-level care. As a medical student, he said, he vowed to help change that. The arrival of the da Vinci machine in Westerly is another step toward that goal, he said.

"I always heard everyone say they had to go to Boston when they had something wrong. ... People traditionally don't want to travel for their care. They want to have care in their community, where their family is there to support them. I think that is the most important part of this growth phase and expansion for Yale medicine," Renzulli said.

Prior to Yale's acquisition of Westerly Hospital, Renzulli said the facility relied on a urology department that consisted of two doctors. Those two are now part of the eight-member team Renzulli is leading. At one time, patients had to wait six to eight weeks to see urologists, but now the hospital's goal is to limit waiting periods to no more than two weeks.

Westerly Hospital also offers MRI fusion biopsies for cancer diagnosis. "It takes an image of the gland and fuses it with ultrasound to do image-guided biopsies, which is the cutting edge for diagnosis. We're offering the whole breadth of services," Renzulli said.

In 2016, when the Yale New Haven Health system acquired Westerly Hospital, system officials promised to improve access to care, and Yale pledged to invest $300 million in eastern Connecticut and western Rhode Island as a condition of the affiliation, which was regulated by the states of Connecticut and Rhode Island.

"We are proud to offer the latest and most advanced robotic surgical techniques to our patients at Westerly Hospital," said Patrick Green, president and CEO of Westerly Hospital, in a news release. "Our investment in this world-class technology will enhance the care we provide to our community and allows our patients to return more quickly to their day-to-day lives."

Westerly Hospital did not provide the cost of the da Vinci machine despite repeated inquiries.