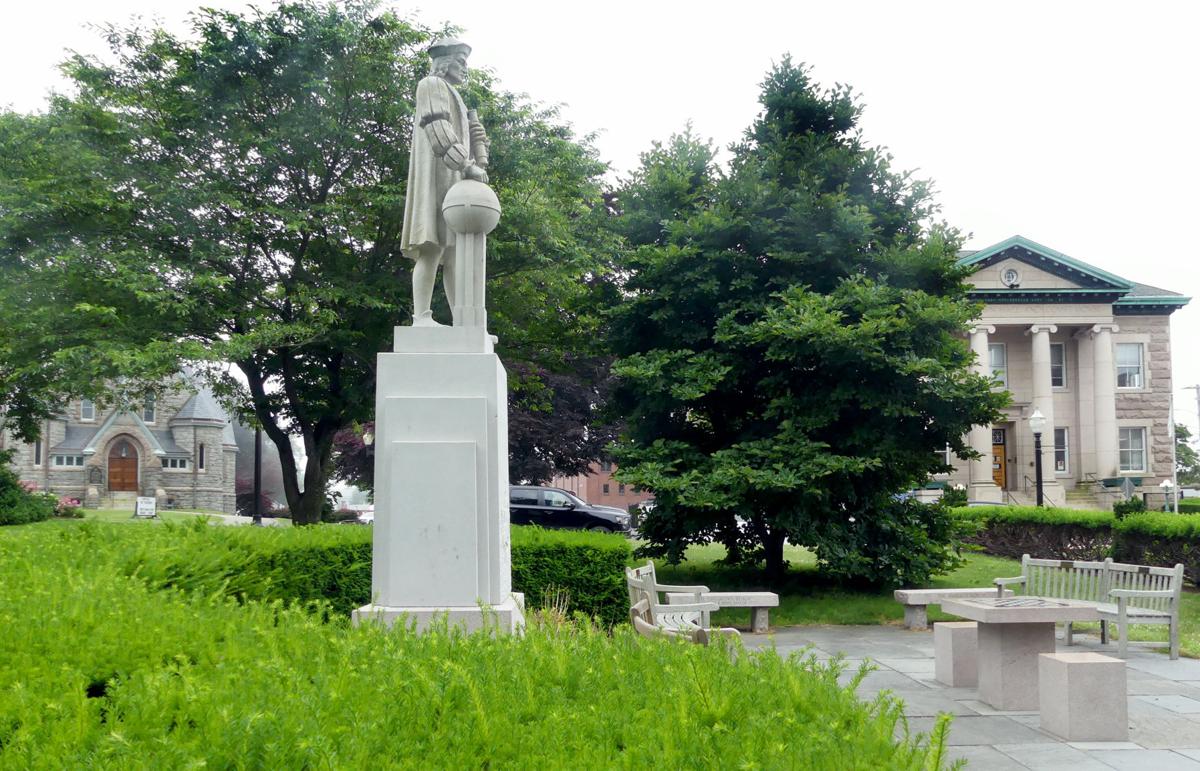 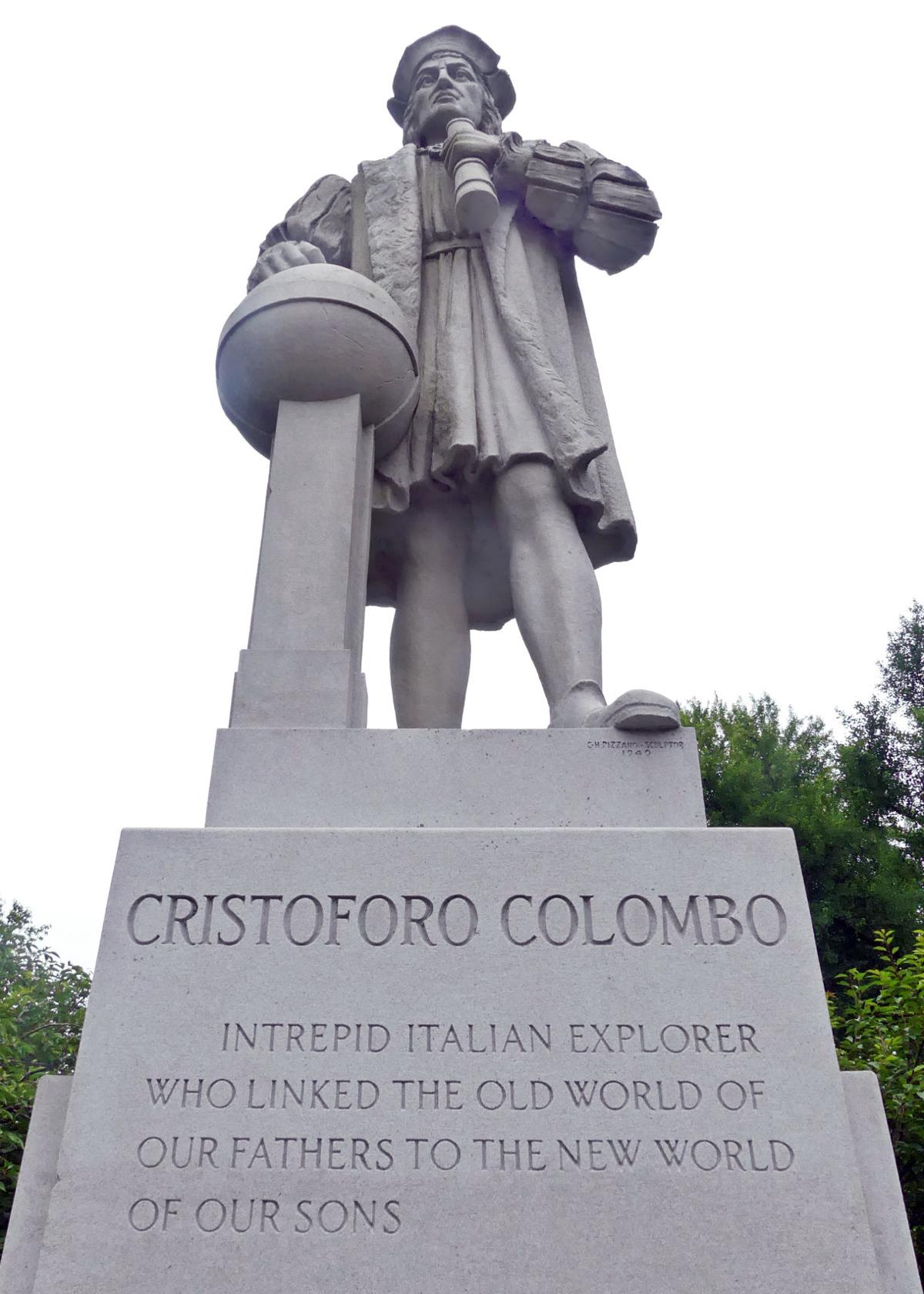 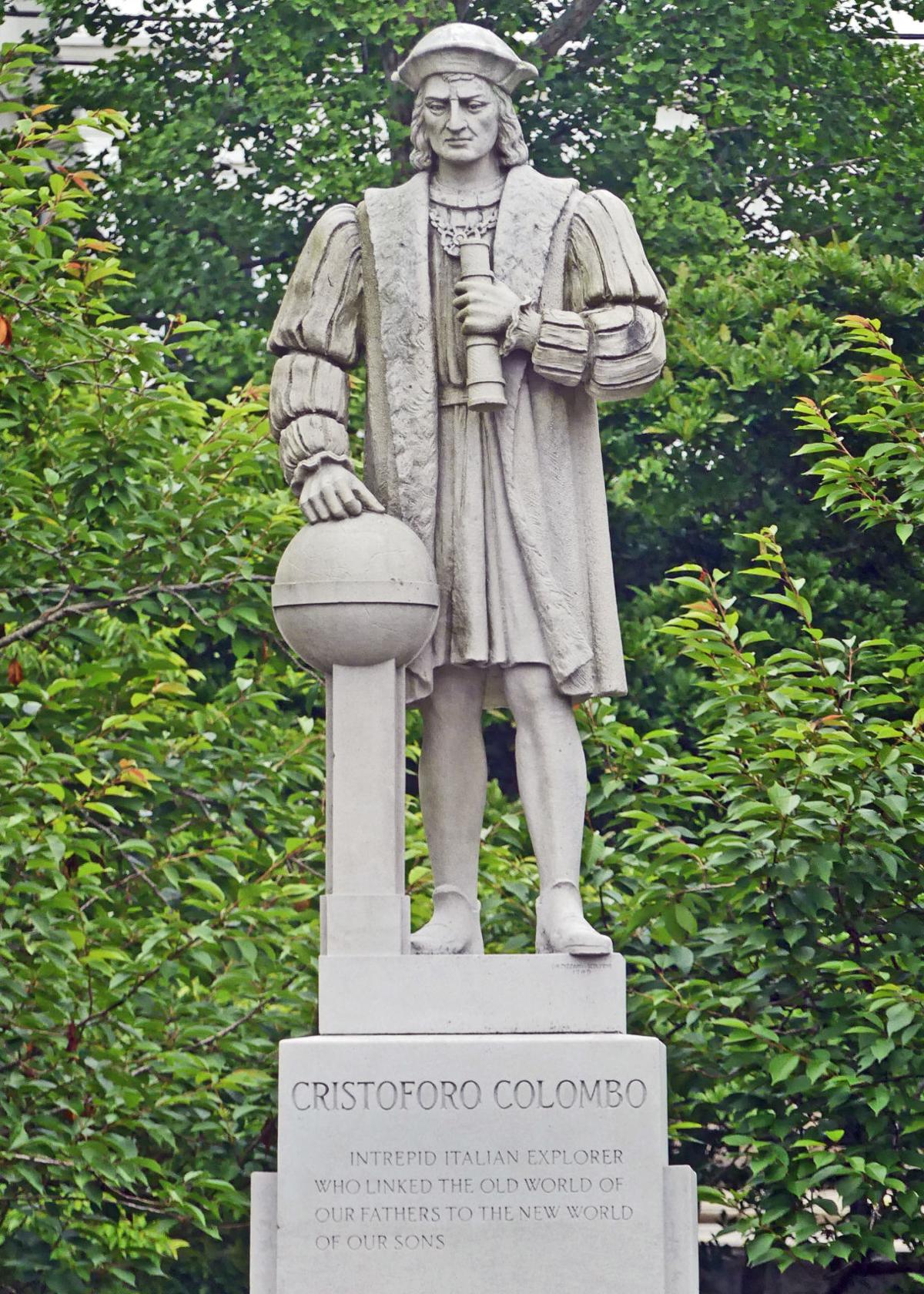 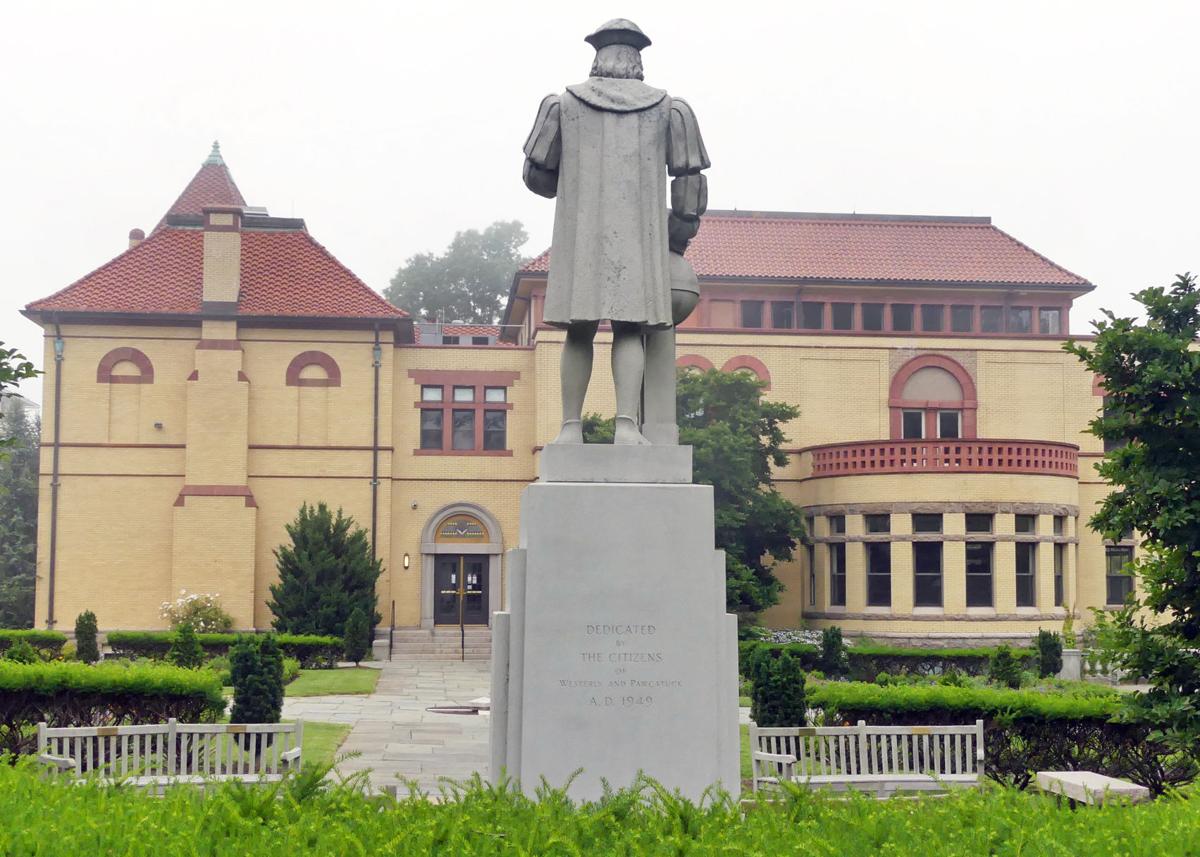 WESTERLY — Hewn from Westerly granite, the statue of Christopher Columbus has stood for decades in Wilcox Park, celebrating the explorer, acknowledging the town's Italian heritage, and providing a solid and lasting example of its bedrock industry.

But while children for generations were taught about Columbus and his men sailing to the Americas in the Niña, Pinta and Santa Maria, the navigator's character has come into question for his treatment of indigenous people and his role in colonialism and the slave trade. Statues of his likeness have been vandalized or knocked down in places across the country in recent weeks as protests stemming from the death of George Floyd at the hands of police in Minneapolis have provoked doubt about certain historic figures and whether they deserve veneration.

The debate over Columbus and his deeds has prompted action nearby. In New London, a statue of the navigator that stood in public for more than 100 years was permanently removed recently. Similar decisions were made in Providence and Norwich.

While the 15-foot-tall base and granite carving of Cristoforo Columbo (the Italian spelling as it appears on the statue) in the park is not known to have been the subject of vandalism, it is also not immune from the conversation. Brigitte Hopkins, Westerly Library and Wilcox park executive director, acknowledged last week that the 18-member Memorial and Library Association of the Westerly Board of Trustees, which sets policy for the private facility that is not part of municipal government, has started to discuss the statue in light of current events.

As an initial step, the board has asked a local lawyer to research whether the town or the association owns the statue. News accounts from 1949, when the statue was dedicated and officially unveiled, suggest it could be town property.

"The library board is very aware of what's going on in the country with certain statues but they have not taken a position because we want to determine ownership first," Hopkins said.

If the statue is determined to be owned by the association, Hopkins said the board would not act unilaterally but instead would seek input through a survey or public forum. "It wouldn't be based just on a board decision," he said.

The library, according to Hopkins, has received comments recently from people on both sides — some who want the statue taken down and others who say it should remain. The statue, Hopkins noted, has both historical and cultural significance as it embodies the town's Italian-American population, its granite industry that dates back to the 1800s, and Columbus' life.

"It means different things to different people. We want to take all of that into account," Hopkins said.

Town Manager J. Mark Rooney acknowledged the association's uncertainty about ownership of the statue but said his staff's research indicates the statue is not the town's. Regardless of ownership, Rooney said, "I will do everything within the power of the Town Charter to preserve property and peace."

Joseph H. Potter, president of the Westerly-Pawcatuck Columbus Day Parade Permanent Committee, was invited to participate in a recent virtual meeting with Hopkins and the library board chairwoman. Potter provided a rundown on the statue's history.

The statue, Potter said during a recent interview with The Sun, stands as an honor to Columbus, the town's Italian heritage and the artists who crafted the hand-carved piece at the old Coduri Granite Co. shed on Oak Street.

"These were gifted artisans who carved it. The statue represents a tribute to those people and also a tribute to Christopher Columbus, the great navigator. No one can dispute the fact he was a hero in setting out to discover new lands. It was a courageous act. I've always had that belief since I was a little boy," said Potter, now in his 80s.

Potter, an Italian-American himself, said the "big majority" of people he has spoken with want the statue to remain in the park.

The town celebrated a dedication and unveiling ceremony on Oct. 12, 1949. According to news accounts, the Westerly Columbus Memorial Fund Committee, which raised money through public donations for the statue, gave it to the town on that day. An article in the Westerly Times reported the statue was accepted on behalf of the town by former Town Council President Arthur Cottrell Jr., who was quoted as saying:

"This memorial statue was made possible by the painstaking efforts of many of our citizens and is accepted officially with the deepest gratitude by the Town of Westerly. It will always remind us that our Town is keeping pace with a fast-changing world."

The celebration started with a Mass at Immaculate Conception Church, which was followed by the unveiling ceremony, and then a parade.

The statue originally stood on a triangular patch of grass at the Dixon Square entrance to the park and was later moved to its current location, across from Town Hall and a side entrance to the library. The committee that raised $14,000 for the statue represented various Italian-American organizations and fraternal groups in Westerly and Pawcatuck, according to historic news accounts.

Revered sculptor Charles Pizano of Massachusetts designed the statue. Other examples of his work can be found at the National Cathedral in Washington D.C., the American Red Cross Museum in Washington, D.C., and Harvard University.

Nice to see little Westerly joining in with the Marxist revolution sweeping America. One of the tenets of Marxism is to replace art and statues with meaningless formless objects. So great to see real art in the form of Columbus' statute being mulled over for removal as a meaningless mess of wood that supposedly represent angle wings graces the art co op. Win win blaspheme the Church and replace art with junk in one fell swoop. Good job, Karl would be proud.